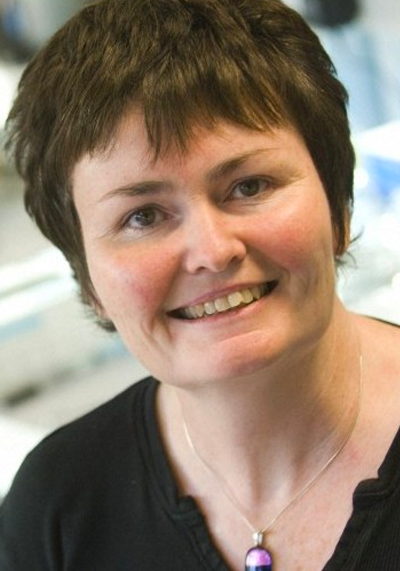 Fiona Powrie is the Director of the Kennedy Institute of Rheumatology and Principal Investigator in the Translational Gastroenterology Unit, University of Oxford.

Her research interests include characterisation of the interaction between the intestinal microbiota and the host immune system and how this mutualistic relationship breaks down in inflammatory bowel disease.

Her current work seeks to translate findings from model systems into the clinic in inflammatory bowel disease patients.

Fiona  received the Ita Askonas Award from the European Federation of Immunological Societies for her contribution to immunology in Europe and the Louis-Jeantet Prize for Medicine 2012.

Fiona joined the Wellcome Trust's Board of Governors in 2018.